Cornea– The clear front layer of the eye which is responsible for focusing the light that enters the eye. It covers the iris and pupil.

Iris- The colored part of the eye which helps either widen or narrow the pupil to control the amount of light that enters the eye.

Pupil- The black circle of the eye that monitors how much light is needed and adjusts either by opening to allow more light in or closing to keep more light out.

Lens- Located behind the cornea, the lens helps focus light onto the retina, the back of the eye.

Vitreous Humor- The clear gel that fills the eye in the area from the lens to the retina.

Retina– The light-sensitive tissue that lines the back of the eye. It receives the images created by the lens and transmits them to the optic nerve through electronic signals.

Macula- Near the middle of the retina, the macula is responsible for central vision and helps us see fine details like facial recognition.

Optic Nerve- Located behind the eye, the optic nerve carries the electronic signals from the retina to the brain.

Astigmatism- A condition in which the cornea, which is normally round, is irregularly shaped like a football and can cause blurry vision both near and far.

Amblyopia- Also called Lazy Eye. A vision development disorder that occurs in infants and children in which vision in one eye doesn’t develop normally.

Blepharitis- The inflammation of the eyelids, often caused when oil glands near eyelashes become clogged. Symptoms include redness, tearing, swollen and itchy eyelids, burning sensation, and crusting of the eyelashes.

Corneal Abrasion- A scratch on the eye’s cornea. Symptoms include redness, pain, tearing, and blurred vision.

Diabetic Retinopathy– Affects people diagnosed with diabetes and is caused by changes in the blood vessels of the retina. There are often no symptoms until the advanced stage in which symptoms may include blurry, cloudy vision and floaters.

Diplopia- Also called Double Vision. A condition in which a single image appears as two. This may be caused by an eye disease or misaligned eyes.

Dry Eye Syndrome- A condition in which tears either evaporate too quickly, are not produced fully, or are of poor quality. Common symptoms include burning sensation, itchy eyes, foreign body sensation, redness, and excessive tearing.

Flashes and Floaters- Flashes occur when the vitreous pulls on the retina. Floaters are small streaks or specks moving in your field of vision that are actually tiny clumps of gel in the vitreous, the clear fluid that fills the inside of your eye.

Glaucoma– A group of eye diseases that can damage the optic nerve. Often caused by high intraocular pressure, permanent vision loss can occur if left untreated. There are typically no symptoms or pain in the early stages of glaucoma.

Hyperopia- Also called Farsightedness. A common condition in which objects in the distance are clear but near objects appear blurry.

Macular Degeneration– The deterioration of the macula, the part of the retina that is responsible for central vision. There are two types: Dry and Wet. As the disease progresses, symptoms may include distorted lines, blurry central vision, and faded colors.

Macular Pucker– Scar tissue, or membrane, that grows on the macula. Symptoms may include blurry vision, distorted lines, or dark spots in your central vision.

Myopia- Also called Nearsightedness. A common condition where near objects can be seen clearly but objects in the distance are blurry.

Pink Eye- Also called Conjunctivitis. The inflammation of the conjunctiva, the mucous membrane that lines the eye surface. Common symptoms include redness, itching, swelling, and tearing.

Presbyopia- A condition that occurs in people over the age of 40 in which the eye gradually loses its ability to focus on nearby objects.

Retinal Detachment– Occurs when the retina detaches from the back of the eye. This is considered an emergency and if left untreated can cause permanent vision loss. Symptoms include the sudden appearance of flashes and floaters and the appearance of a shadow or curtain over the eye.

Strabismus- Also called Crossed Eyes. A condition in which both eyes do not look in the same direction at the same time—one eye may be looking up, down, in, or out. It is usually caused by poor eye muscle control.

Dilation- Part of a comprehensive eye exam, eye drops are placed in the eye to widen the pupil. This allows more light to enter the eye so that there is a better view of the back of the eye, the retina. Dilation helps in the early detection of many eye diseases. An alternative to dilation is an Optomap retinal scan.

Optomap® Retinal Scan- An imaging scan used to get a wide-angle view of the retina. It helps to detect many eye diseases including diabetic retinopathy, macular degeneration, and glaucoma and can be used to monitor changes in vision. This test may also be used as an alternative to dilation for many patients.

Refraction- A test performed during an eye exam to measure a person’s prescription for glasses or contact lenses.

Slit-lamp- A microscope that uses a high-intensity light beam to view the front parts of the eye—cornea, iris, and lens—as well as the back part of the eye—retina and optic nerve. This helps in diagnosing and monitoring eye diseases, to look for foreign bodies, or to check for other eye problems.
Tonometry- Measures the intraocular pressure of the eye.

Visual Acuity- Refers to the clarity or sharpness of vision. Measured using the classic eye chart of letters or numbers. 20/20 is considered normal visual acuity.

Visual Field- This test maps out your complete field of vision, including peripheral and central vision. Done repeatedly over time, this test is used to monitor any changes in your field of vision. 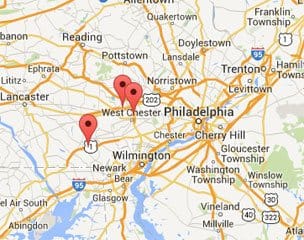